Rap Renegade Ron Oneal aka Black Bottle Boy is a stand-up guy. He’s a good fella. He represents the L.E.S (Lower East Side of Manhattan, NYC). He’s one of L.E.S’ “Made Men.” Confident and with a dope flow, Ron Oneal does everything in a colossal way. During All Star Weekend 2015 he amazed Maybach Music general Rick Ross with a relentless freestyle. The video clip went viral and that added to Ron Oneal’s street legend status. The freestyle video sent the Internet into a frenzy. It received over 2 million views with over 1 million views on WorldstarHipHop.com alone 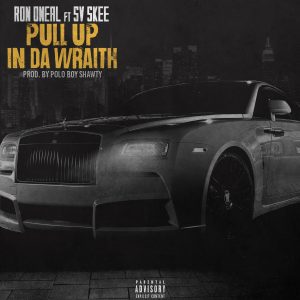 Ron Oneal is building a worldwide movement with his long time rap partner Sv Skee (L.E.S BBB). SV Skee is Ron’s elementary school friend, brother from another and right hand man who grew up with him making all of the music together. Ron Oneal’s style is a blend of reality rap and braggadocios lyricism. He kicks sharp rhymes over bass-heavy tracks while sharply telling realistic stories about his life and his peers. His sound hearkens back to the days of hard body beats and grimy rhymes delivered with authenticity. There is an undercurrent of realness in his voice. “Everything I’ve seen, done, felt, heard, been through, and witnessed I put in my music,” proclaims the rapper.
Equally important, every time Ron Oneal steps into the booth his goal is to create timeless music that resonates with the masses. Ron Oneal dropped the “If Not Me Who” mixtape which was hosted by Power 105.1FM’s DJ Self. The mixtape received kudos and acclaim from many DJ’s and fans alike. His second mixtape “Son Of Rome” Hosted By Hot97’s DJ Magic is still buzzing and receiving great reviews from bloggers, tastemakers & fans. Ron Oneal is riding high on the release of his latest Single entitled “Pull Up In Da Wraith” feat Sv Skee. The single is impacting mixshows around the country.
The dynamic rhyme slinger has music running through his veins. Moreover, the emcee is backed by TroubleMaka Kato TMNYC. Ron Oneal is a rapper, a boss, and a business man. His hardcore lyrics, powerful stories and masterful delivery make him one of the most sought after emcees around. This magnetic rapper exudes confidence and has the skills to back it up. At times brilliant and at times daring, Ron Oneal is thoroughly engaging. Respect the grind and join the movement. 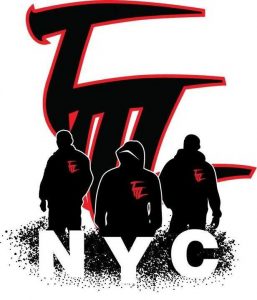